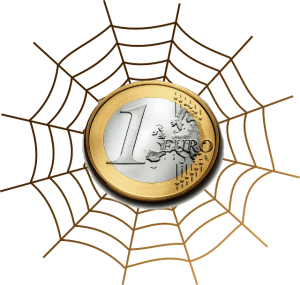 Last week I visited the ICT Spring 2017 conference in Luxembourg,

which was a very inspiring event with speakers like the co-founder of TomTom, Peter Frans Pauwels, interesting startups like MyMusicTeacher and Jo Bertram, Regional General Manager for Northern Europe at Uber that talked about the power of sharing to the benefit of the society. During three years at Uber of growth hacking, she has grown her staff from three employees to 150 in the UK, the Nordics, Ireland, Benelux and the Baltics. However, in the sharing economy where “the field work” is made by its stakeholders, meaning the network of the connected drivers, new business elements have to be included, since it requires new triggers to boost engagement in the organization. Uber does this with gamification.

Since Uber’s whole work experience for its drivers is generated in an app there are few elements that cannot be gamified. Messages like “You’re $10 away from making $330 in net earnings. Are you sure you want to go offline?” to make the driver work a little longer when he/she is about to finish the work for the day is only one of many game-mechanisms, according to New York Times. In this data-intensive environment, the driver knows exactly how much work that has been done and what remains to receive a new badge for achievements and reach a new goal. The work environment is really an augmented reality platform where besides the data of the working hours and number of customers etc. is being displayed also the customer’s experience of the driver’s performance is being entered.

As Joseph A. Schumpeter wrote: “Innovation is the market introduction of a technical or (and) organizational novelty, not just its invention.” To make this gamified environment effective Uber employed hundreds of social scientists and data scientists and started experimenting, including with rewards besides cash, in order to make the drivers work longer hours etc, which is essential for Uber’s development. On the other hand, while this network-based sharing economy at the same time is based on personal responsibility, freedom to choose your own work conditions and strategy, in contradiction to the old hierarchical command economy of the industrial society where the requirements are set and the bosses words are law. The outcome of the former, the sharing economy, generally is directed towards a more entrepreneurial society where engagement is the driver of the mind and the progress, not command.