Lenovo’s ThinkReality A3, which I first wrote about last year, is among the first of a new breed of hybrid smart glasses that offset most of the processing and connectivity to a host device such as a smartphone. But with Lenovo releasing the occasional computer here and there, the company has enabled different functionality when it is attached to one of its more powerful PCs. While the smartphone experience offers the more typical AR proposition of projecting and manipulating 3D objects in space, the laptop experience allows the creation of virtual displays beyond the one on the PC. Paired with both the Motorola G100 and one of Lenovo’s workstation laptops. 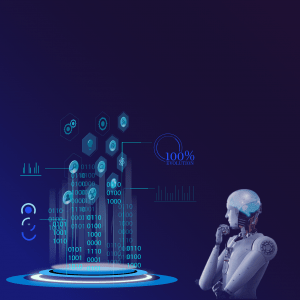 I recently spent some time with the ThinkReality A3 to get a sense of how practical a device is for a range of tasks, Unboxing the smart glasses requires peeling some protective wrapping from both the front and back of its internal monitors; this requires removing and reattaching the lenses. The A3 can also accommodate internal drop-in lenses designed for wearers of prescription glasses like me; while I didn’t so customize them, I was able to wear my glasses under the A3 by removing the nose rest.

The A3 connects to either the PC or smartphone via a customized USB cable that includes a right-angle connector to attach to the top of the eyewear’s ample left temple and a soft clip that helps stabilize the cable there. The top of the right temple includes an action button flanked by controls to adjust the brightness up and down; these buttons can also be used to recenter the display In your field of view. When attached to a smartphone, Lenovo offers a native augmented reality interface within the lenses that enable, among other things, the use of the phone’s Android apps in open space.

In contrast, when connected to a PC, the host device manages the virtual displays. Lenovo says it developed the smartphone experience for Android versus simply screen mirroring because, even though the A3 leverages the processing, battery, and connectivity of the smartphone, the company views the glasses as an independent device that has its own navigation needs. That would imply that, when used with a PC, the glasses are more of a peripheral, which is consistent both in terms of what the glasses replace (monitors), and where their user experience is managed. The smartphone interface offers virtual buttons for managing settings and a simple launcher for Android apps.

Launching YouTube, for example, brings up an arrow-driven interface to anchor the app in virtual space. Such apps are surrounded by a host of non-removable virtual buttons for controlling functions such as volume and brightness. While this interferes with the immersion of the app experience, Lenovo says the window dressing is necessary for maintaining control of the interface. That said, a benefit of the hybrid approach for AR versus VR is that you can take advantage of the host smartphone’s display for tasks such as entering text (much more efficient on a smartphone keyboard versus AR-based keyboard operation) or manipulating objects by using a portion of the smartphone display as a trackpad. Nevertheless, one can understand why Lenovo wouldn’t want to assume access to the smartphone as, even in a best-case scenario, it requires moving your focus away from the display.

By default, the A3 activates controls in virtual space by maintaining gaze at an object. This may work well for some apps but was not ideal for YouTube or other video apps, since extended passive viewing results in pausing the screen, so I switched to clicking virtual buttons via the physical action button on the glasses. This also sped up the process of clicking on virtual controls.

Ultimately, though, while there are many applications for having access to videos and other two-dimensional reference materials when working on high-leverage tasks such as the repair of mission-critical machinery, the potential of smart glasses shines when viewing 3D holograms. The A3 smartphone interface can launch a viewer for virtual objects such as a preloaded motorcycle from Ducati (a Lenovo marketing partner). The image appeared bright and detailed in my living room. I could approach it and view it from multiple angles; an alternate exploded view of the racing bike demonstrated the power of augmented reality in visualizations.

It’s particularly liberating to use the A3s outside where they worked well on a partly sunny afternoon. Lenovo says they are rated IP54 water resistance. The company offers a Y–cable for providing an extra power source to the glasses. This is particularly helpful since the glasses voraciously consume the smartphone’s battery. Motorola’s recently released. Unlike the G100, Motorola’s recent flagship Edge Plus supports wireless charging, which also opens some possibilities for prolonging the AR experience on the go.

In summary, when paired with a compatible smartphone, the A3s are comfortable, easy to use, well-conceived, and can use their Android app compatibility to bridge the content gap even if manipulating such apps is a bit clunky compared to the touch interface for which they were designed. Rarely, though, has a product had such a split personality between how it acts when connected via a smartphone versus a laptop. I’ll be discussing the A3’s PC proposition and some thoughts on Lenovo’s mixed reality approach in my next column.

The BIG LAUNCH is approaching!

where we also will offer a NEW range of AR-features …