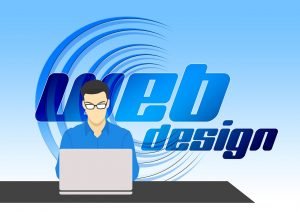 The web was created in Europe with Sir Tim Berners-Lee as the primary architect. But after the pioneer years, businesses from other continents took the lead in the web-development leaving Europe far behind. However, today, in the developing digital society several web-based European businesses have proven to be excellent alternatives. There are examples where they already have taken the lead in the development, like e.g. Spotify. Below follow four European tools from businesses based in Paris and Oslo within the fields of chat community, search engine, video sharing, and browser.

Yubo https://yubo.live/ is a chat community with headquarter in Paris. The service is directed towards Generation Z, (age 13 to 23 years old), which makes it an alternative to e.g. Snapchat. However, according to the founder Sacha Lazimi the vision of Yubo is less social in a traditional sense and more eventful, live and real-time. In an interview in Sifted he says the following: “The point isn’t to gain followers or even a lot of friends – it’s just to share a moment in real-time to similar people.”

Opera has been around for 25 years with headquarter in Oslo. With 350 million users it is on the 5th or 6th place in the world, and of independent browsers, only Firefox has more users. It can be installed on all devices and OS. The main benefits are free VPN, an interface that empowers the user’s individual requirements and prerequisites. It also has an integrated AI-driven digital content discovery feature. However, when choosing a default search engine, Qwant (see below) is not among the alternatives to choose from in the settings, which would be beneficial.

Another alternative European browser is Vivaldi based in Oslo (founded by Jon von Tetzchner that is one of the founders of Opera).

Qwant is an independent search engine with headquarter in Paris. One of the founders describes it as not a competitor to Google, but a search engine that shows something different. The first stable version was released in 2013. Its greatest benefits include respect of privacy as it collects no data, which also means no targeted ads. When it comes to search results only Google can compete of the ten largest search engines. Another advantage is that it opens search-links in a new tab by default.

In addition, Qwant Junior is the first version of a search engine that is adapted for children to use in education etc. This makes searches more relevant as it filters out all inappropriate content. This makes it safer and also privacy protected in comparison to other search engines. The website processes more than 10 million search requests per day and more than 50 million individual users a month worldwide.

Dailymotion is a video sharing community with headquarter in Paris. It has 300 million users from around the world, who watch 3.5 billion videos each month. The business was founded in 2005 by Benjamin Bejbaum and Olivier Poitrey with values that focus on “stay real”, “caring matters”, “move mountains” and “spark curiosity”.

More European tools on the web

SOE PublishingLab is a makerspace, a creative zone, for the development of interactive books. Where the main target groups are authors, publishing houses, teachers and educational organisations. The features on the platform are characterised by flexibility, versatility and advanced technology that not requires any programming skills and are very easy to use. The user can totally focus on empowering the stories and other content with different forms of interactivity. Click for more