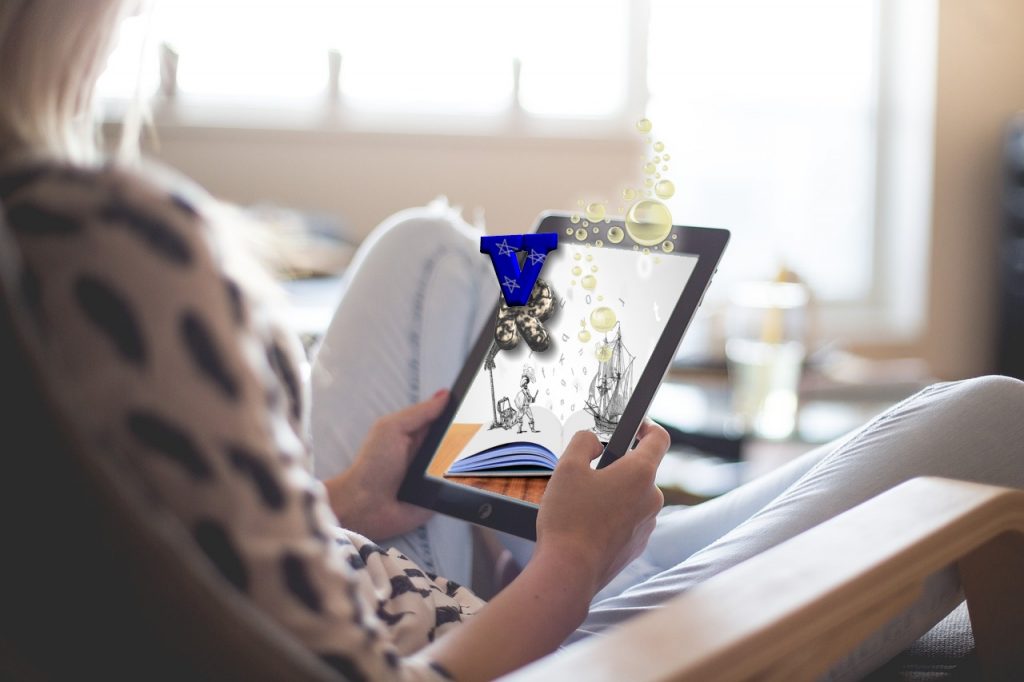 A research study based on University of Michigan survey

project “Monitoring the Future” that has run since 1975 shows that only 16% of US teenagers read books outside school education, while in the 1970s the number was 60%. TV and cinema show a similar decrease in attention from teenagers. At the same time as social media for many has become an addiction with potential great negative psychological consequences.

The average using social media was six hours per day in 2016 among teenagers, in 2012 it was four hours. Jean Twenge, a San Diego State University psychology professor and one of the authors of the study, comments in the following way according to the Sydney Morning Herald:

Our solution to upgrade the book’s format is interaQtive books that to a large extent connects the well-known web/apps environment for the teenagers with the benefits of the book mentioned above by the professor. Different forms of interactivity like gamification are the road to make teenagers come back to the book format again. Learn more about Storyteller PublishingLab here