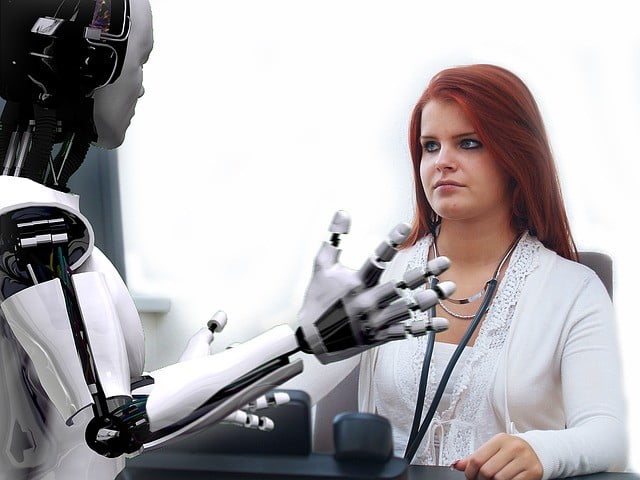 Even if something technologically feasible does not mean it will be generally adopted. Innovation does not matter, more than to early adopters, if the new solution does not start from and adapt to human prerequisites. Feng Li, Professor of Information Management at Cass Business School writes the following about future work:

“Robots, AI and other technologies are very good at certain tasks but this does not mean they can replace humans.  My guess is, some jobs will be replaced, but for many others, AI and robots will help humans do their jobs better – and help us to live our lives more comfortably. We do what humans do best and robots help us with a growing range of tasks.  In the meantime, lots of new jobs will be created too.”

The co-founder of Apple, Steve Wozniak, said at a tech conference in California, that if he were young today, robotics would be the field he would be working within. He would have liked to design a robot that could go into a house unknown to it, find its way to the kitchen by itself and make coffee. Wozniak also said that motivation is the main key to learning “If you want to learn something, you’ll get there.”

The future of work

In this spirit, the tech-journalist Adrian Bridgewater writes that the programmer is now becoming the developer of things as one example of how work is transforming and adapting to the digital age. Professor Feng concludes:

“The biggest problem with debates about technology and future of work is that people often mix up different perspectives, issues at different levels; and the phenomenon, their consequences, and the business and policy measures to address them.”

Robots and other innovative technology take over tasks that people in general, find boring and monotonous. As other tasks will replace these. In the end of the day like Steve Wozniak says it comes down to motivation. If you want to learn something you will learn it. If you want to do a task. You will do a great job since you want to learn how to succeed. In this way, the digital age is bringing together learning and doing/working to become much more interconnected than before. More on this subject on eLearningworld