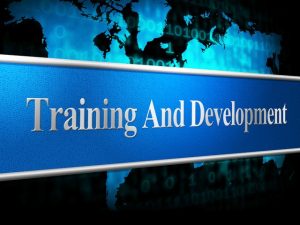 During the Renaissance scholars and students were wandering between the growing amount of universities searching for the knowledge and engaging environments of their own choice. As the centuries went by this goal was abandoned in favour of the nations’ demands. Especially from the 19th Century and onwards the main goal was to build a powerful nation-state. In this spirit, the equation of education during the past two centuries has been that the nation has acknowledged different demands and located its educational resources to meet these demands. Now the pendulum is turning. The equation of the 21st Century is returning to the Renaissance. With borderless mobility in higher education in order to empower scholars and students. This is what a new research report from British Council shows. But the borderless mobility now also includes a second dimension, learning and improving skills in the digital world.

Four key trends in higher education, according to the British Council research report

The report “The shape of things to come: higher education global trends and emerging opportunities to 2020” from British Council identify four key trends in the development of higher education until 2020 and onwards.
1. International student mobility flows in the next decade and the demographic and economic factors impacting on them

2. The emergence of new models of global higher education partnerships – this includes teaching partnerships and provision of degrees off-shore

3. Patterns in research output and its growing internationalisation

The results show a rapid growth of internationally mobile students. With a rise from 800 000 in the mid-1970s to over 3.5 million in 2009. This trend expected to be boosted even more in the coming years. In addition to this trend, the Nobel Prizes have been increasingly won by researchers working in a country other than their country of birth. More than 60 per cent of the winners in the years of 2010 and 2011 had studied or carried out research abroad. It is obvious that new environments, gives new perspectives and ideas, for the best innovations for the benefits of humans. This is basically also the very essence of what Alfred Nobel meant that the prize should support. And in this spirit also the new Higher Education Republic gradually is taking shape.

In my recently published collection of short stories called “Gränsfarare” (“Border travellers”, unfortunately only in Swedish at the moment), one of the stories is called “The Moth”. Here the reader is meeting Erasmus. The renaissance-man in his correspondence with Martin Luther, the disillusioned revolutionary, and the consequences of the fall of the Renaissance. Today, the spirit of Erasmus has returned. The man that is lending his name to one of the European Union (EU) student exchange programme that was established in 1987. It was about then the foundation of the new borderless Higher Education Republic was started to get built.