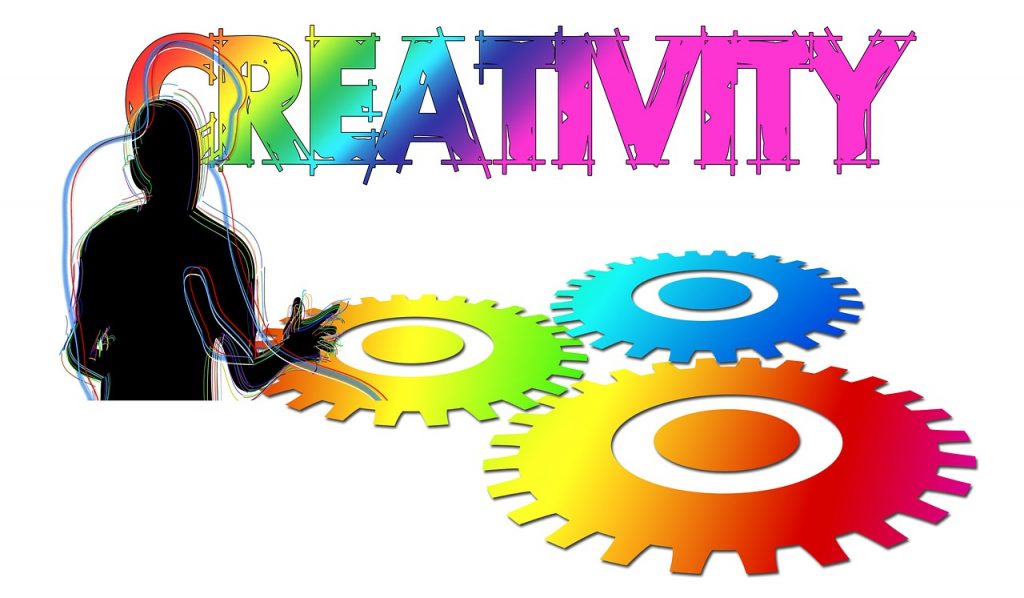 describe an elephant by touching different parts of its body. One of them touches the tail and says that it is like a snake, another touches the body and says that it is like a wall and so on. Consequently, you have to see the whole picture to get the image straight. Further, the image of researching creativity is becoming even more complicated since it is both mobile and interactive. The next step is then to making creativity work for your benefit. Here the 6iModel can be of great benefit for the creative process.

The Probability of Innovation

Basically, a successful creative environment is much about increasing the probability of innovation. This has many similarities with a casino. The owner of a casino does not know the outcome of the strategies/methods used by the single players at the tables, but he or she is aware of the fact that if a sufficient amount of consumers come and if they stay long enough, the casino will profit. In the near future, it is about probability, sometimes the casino wins other times it loses, but in the long run, the profit is granted.

– Internal support can come from an environment in which everyone feels that they participate and can identify the ideas as positive. The basic context of this model is horizontal. The opposite of this model would be a top-down sanctioned support, best symbolized by the old Soviet system.

– The possibility to develop and realize individual initiatives is very important. For students and employees, it is an opportunity to deal with problems that interest them and that they view themselves to be competent to solve. Internal motivation next to good general support is very important for a creative environment. External motivation, on the other hand, can be harmful, as it encourages people to take the quickest and safest way, which most of the time is not the creative way.

– Unofficial activity is based on the official encouragement to achieve something new and useful outside of the ordinary activities. Failures should, almost always, be viewed as an opportunity to search for more information and knowledge in order to find a new solution to the problem. Looking at the future prospects, as in the example of the casino above, the occurrence and a high level of unofficial activity is a requirement for profit. Who wins and who loses in the organization is impossible to say, but it is much influenced by the next fundamental principle, serendipity.

– Serendipity is the ability to, unexpectedly and as a result of perception, run into valuable discoveries, and to find new, often unexpected combinations. It often starts with diffuse ideas, and if the process accelerates, there could be a positive outcome.

– New input is much about remaining the senses open towards the ideas that drop in. A tool in this process is to scan the environment in order to get more input on a specified topic. New input is also a result of the communication with other people, especially people who have professional knowledge in different areas. One single input can change the direction of a project, already being worked on. Something that makes one person change the direction, react and go forward with a new idea, can be passed by without leaving a trace by another person. This is also essential for serendipity.

– The larger an organization, the larger is the likelihood that the pieces of creativity already exist somewhere internally. However, the larger the organization, the smaller is the possibility that those pieces work together. It is crucial to create informal ways to communicate and one of them, vital to an organization, is learning. Education in a certain area can bring people from different departments and positions together, increasing the possibilities to find new solutions. A traditional course, though, ends, takes much time and is seldom adapted to fit the course standard. An eLearning platform is, however, accessible 24/7 365 days a year. When the ideas appear, it is there, hopefully also containing some members with different expertise.

An idea is fragile

“An idea is fragile. It can get killed by a sarcastic smile or by a yawn. It can be stabbed by an irony or be frightened to death by an unkind facial expression.”

This fragility in the creative process demands supporting structures according to the six fundamental principles above. The creative environment should constantly be vitalized in professional life, and creativity should be practised in schools. Richard Florida’s three T:s works as a good starting point for a creative atmosphere. Simplifications work through Technology, support of Talent and a great deal of Tolerance towards different ways of thinking.

Ken Robinson, who has led the advising committee for the British Council’s creative and cultural education, highlights this on a seminar on ted.com.

”Creativity now is as important in education as literacy and should be treated with the same status.”

Making creativity work with the 6iModel

Building learning experiences have never been more complex and interesting as the digitalization of education is speeding up. The 6iModel is a model developed for learning design projects but works equally good for all forms of human-centric projects. Where purpose, creativity and problem solving are the driving forces that create success. Not like traditional project management models that use step-by-step-approaches and in the end tend to be rather bureaucratic. 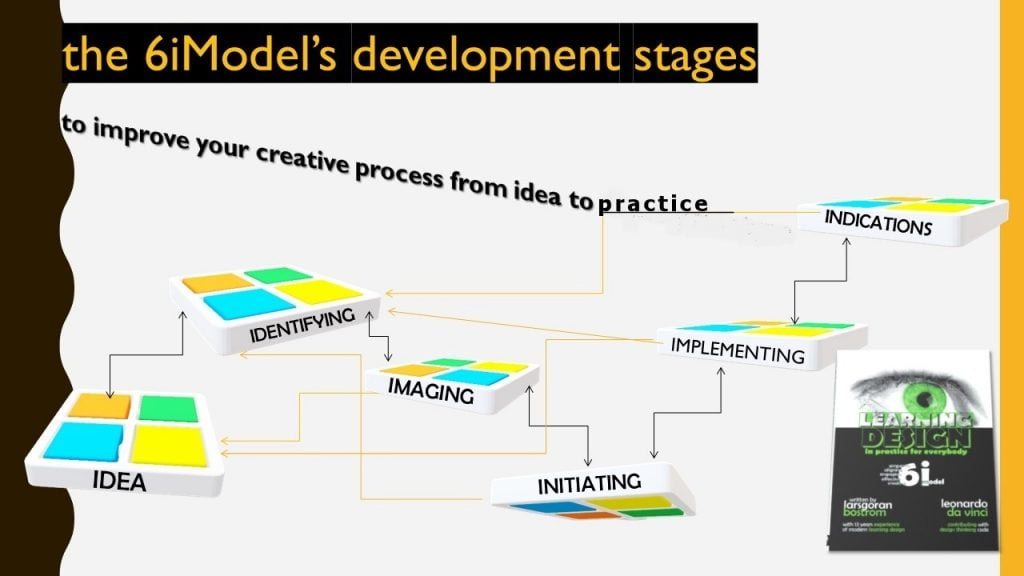 The 6iModel that is inspired by Leonardo da Vinci’s work and writings also form the foundation of the book “Learning Design in Practice for Everybody”.

Storyteller for Business services provide sensible intelligence and learning with integrated interactivity that empowers all stakeholders of your business. This includes loads of features for learning, information and brand management. The format for the distribution is interactive books and apps. Read more about our Storyteller for Business services here