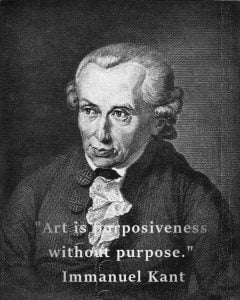 A team from Erasmus University in Rotterdam has tested how the unconscious brain responds to art. The results show that if we are being told that an image is an artwork or not we automatically change our response, either by upgrading or downgrading the emotional experience. The research method was based on two experiments with 24 students. They were asked to evaluate pictures, some of the real events and some of the artworks, both pleasant and unpleasant in character, while their brain activity was measured via an EEG. After watching all the images the students rated them according to attractiveness. The results show that: “They were able to show that the amplitude of this stimulus was much greater when participants had been told that the picture was real, as against when they were told it was a work of art.” Works of art were also considered more likeable that than real images. This tends to give support to an over 200-year-old theory of art that origins from the philosopher Immanuel Kant in his Critique of Judgement. Source: News Release ECNP