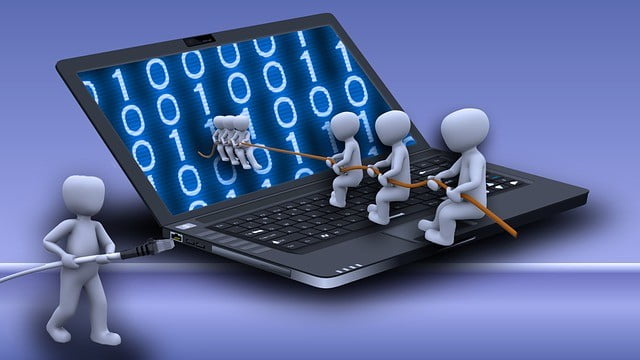 Two-thirds of the work available today, robots will be taking over. This development has been going on with accelerating speed in the developed world for a few decades. So, when politicians are saying that they will bring “home” production in globalized companies. They are really saying that they are trying to bring in automated factories within their borders. The UN report “Robots, and industrialization in developing countries” explains this trend:

“Some reshoring has occurred, especially in activities where automation and other technological advancements are important for production processes. However, economy-wide effects are minor.”

The fact is that the assembly line production and other monotonous work that still is available will not only diminish. But soon enough become a museum of how it once was for the human workforce.

The making of the Digital Age Connected Work

However, some services are also being automated and replaced with robots. Still, these robots taking over monotonous work, while a human is meant for so much more.

The age that we now are living in has been termed the information age. However, information is only the working-material. The core of the digital age work is really the human brain and its personal assistant the computer and other digital devices. Keywords are multitasking, creativity, collaboration, making use of relevant information and giving the best possible service, to conclude; connected work. In other words, human abilities that cannot be copy-pasted. Besides human-centered services for different forms of wellbeing as well as the education sector, the creative industry is one of fastest growing business-sectors the past two decades. However, the development of modern human-centered pedagogy also putting education in the creative industry. But a very large part of this sector is still lagging behind.

The Renaissance of the Creative Industry

The old craftsmen’s business that was blown away by 1900th Century industrialization is now being rebirth in a modernized form. This is underlined by the fact that the creative industry with very few exceptions consists of businesses with 0-9 employees. For instance, more people in Sweden work in the creative industry than e.g. in the food industry, farmer- and fishery industry included.

There are many different definitions but from a business perspective, the European Cluster Observatory’s definition seems to be most accurate. Since also business that supports the creative industry is included like printing houses, constructors of musical instrument, software producers and so on. Architects, computer game producers, and new media, design, more traditional media like movie, photography, and music, as well as advertising agencies and art, form the basis for the creative industry. These are to a large extent business sector’s that did not exist twenty-five years ago, or which basic foundation has been profoundly transformed.

Moreover, at the beginning of the 1990s when many from the younger generations main goal in life was to work with media. And the established society was in outrage because of this. Politicians were pointing with the whole hand towards educations and professions that today is lagging behind, besides politicians most common answer, engineer…

…then the web revolutionized all parts of the society and youngsters’ media-dreams was fulfilled. It is obvious who had the best intuition and still have of the labour market.

The development described above is now reaching the developing countries and the UN Report conclude:

“Developing countries need to redesign education policies and embrace the digital revolution – this approach should be combined with supportive macroeconomic, industrial and social policies.”

Nevertheless, the developed countries have also still a long way to go when it comes to education and connected work.